Dan started playing drums when he was twelve, after watching 'Live Aid' on TV! He’s been playing for over thirty years and has tried most styles; Latin, Jazz, Samba, Rock and Roll, Heavy Rock, Funk, Soul and Blues. Dan has been on the bill supporting Kaiser Chiefs, The Libertines and The Blow Monkeys over the years (showing his age with that last one!)

Dan is currently playing and gigging all over the UK with three bands and he performs regularly in shows with the Music Hub including the Music Hub's Samba band, which he is Music Director of.

Dan is the local area rep for Trinity College London’s ‘Rock and Pop’ syllabus exams and they use his rehearsal rooms as a venue for these and also their 'Classical / Jazz' exams.

Dan’s teaching role with the Music Hub is as a specialist instrumental teacher. These are mostly one to one lessons, with some small group sessions. In these lessons Dan tries to pass on as much of his enthusiasm and knowledge as he can.

As a music leader, Dan has the opportunity to plan projects in partnership with learning providers all over the city. In 2016 one such project, a collaboration with Sheffield Children's University, saw nearly three hundred primary school children playing in an enormous Samba band outside the Crucible Theatre, we even made the local BBC news!

Dan thoroughly enjoys his role and all of the amazing opportunities it provides for working with and inspiring young people. 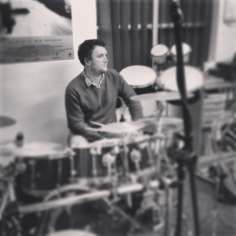