Last week, one of our Music Hub Singing Festivals in partnership with Sheffield Cathedral led to an impromptu performance on a Supertram, and a mini-twitter frenzy!

When 60 Y3 and Y4 children from St Theresa’s RC Primary school got on the Supertram on Tuesday morning to head to Sheffield Cathedral, the tram conductor insisted they all sang their songs for him and the passengers!  Morning commuters were then treated to a performance of the fab songs which warmed the children’s voices up brilliantly.  They were so excited to tell everyone about it when they arrived at Sheffield Cathedral for the real performance, that Music Hub Singing project coordinator Pete Taylor tweeted about it, and was delighted to get a response from the tram conductor himself!

St Theresa’s then went on to perform as part of a choir of 250 at Sheffield Cathedral led by Caroline Hallam that morning. This was one of 5 Singing Festivals this term, which finish off our year of 15 festivals, giving over 3000 children from Sheffield the chance to perform with live band in prestigious concert venues.

See the tweets and excitement here! 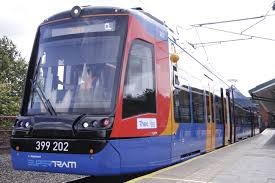