Julie is a teacher of Viola, Violin and Piano for Sheffield Music Hub.  As an Accredited Teacher, she works in Sheffield schools and runs a busy private music studio from her home in the north of the city, from where she also teaches online lessons.

Since gaining a BA (Hons) in 1996 from the Birmingham Conservatoire of Music, she has led a successful career as a professional musician and teacher.

Alongside her orchestral career, Julie works as a chamber musician.  With the Astaria String Quartet she attended the prestigious Prussia Cove International Music Seminar, where she was tutored by Gabor Takas Nagy.  She was a regular performer in the CBSO Centre Stage chamber music series with other members of the CBSO and their guest soloists; notably performing quartets with violinist Sakari Orama, cellist Natalia Gutman and pianist Stephen Hough. She is a member of the Woodfield String Quartet and the Sheffield Guild of Strings.

As a pianist, Julie worked as a lounge pianist at the Birmingham Repertory Theatre and with the Berkley Salon Ensemble.  She has worked as a repetiteur for amateur operatic societies and is a busy accompanist for instrumentalists and vocalists.

Throughout her career, Julie has worked with many internationally renowned and famous artists including Sir Simon Rattle, Nigel Kennedy, Chris De Burgh, Sir Thomas Allen, Andrea Bocelli, Sir Bryn Terfel, Hilary Hann, Maxim Vengerov, Janine Jansen, Esa Pekka Salonen and more!  She has performed to audiences across the world, including in front of members of the royal family, members of parliament and even to Yasir Arafat!  Music has led her to travel extensively and has provided such varied concerts from many concerts at the Proms at the Royal Albert Hall, to a live broadcast on Japanese television during a typhoon, to a string quartet concert in a carpet shop in Leeds!

Julie now dedicates herself to teaching.  She says that the favourite musicians she has worked with are her students as they never fail to surprise and inspire her with their achievements and love of learning. 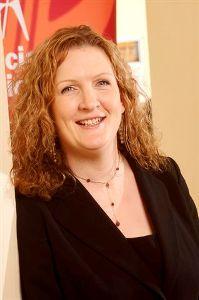