Plans Have Been Submitted To Sheffield City Council For A Full Planning Application To Transform The Grade II*-Listed Canada House Into A Centre For Music Education For Young People In The City Region.

The proposals seek to reconnect the building with its past, removing unsympathetic additions, and creating a sustainable long-term use for a key historic building in the city. It was originally built for the United Utilities Gas Company, in occupation from 1875-1972. It has also been used as a nightclub, a Chinese buffet and, most recently, the head office for a lingerie company.

The planning permission sought would enable Canada House to be extended and refurbished with state-of-the-art facilities, including a rehearsal / performance space within the stunning domed hall; two rehearsal rooms for up to 80 musicians; 15 rehearsal rooms for smaller groups; 20 individual practice rooms and an instrument store. In addition to musical facilities, there will be a public cafe, social spaces and office space for partner organisations.

Stephen Farrell of Insider Media writes in his article entitled “Music Hub Plans Submitted For Listed Building”, “A design and access statement submitted with the plans said the project aims to “bring together the city’s two main deliverers of music education with their partners in one more accessible place” and “strengthen existing and build new partnerships with like-minded organisations”.

“It will “create jobs during project delivery and post-project operation” and “bring back into civic use a listed building in the heart of Castlegate and contribute to the regeneration of Castlegate as a thriving cultural quarter”.” To read the article, click here

For more information about the Harmony Works project, click here 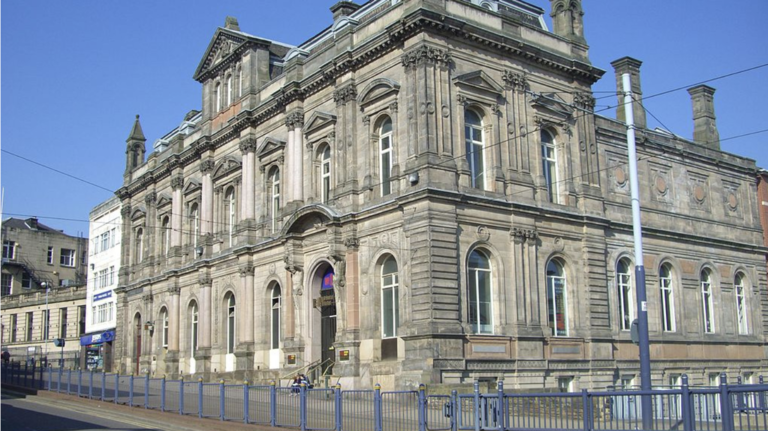